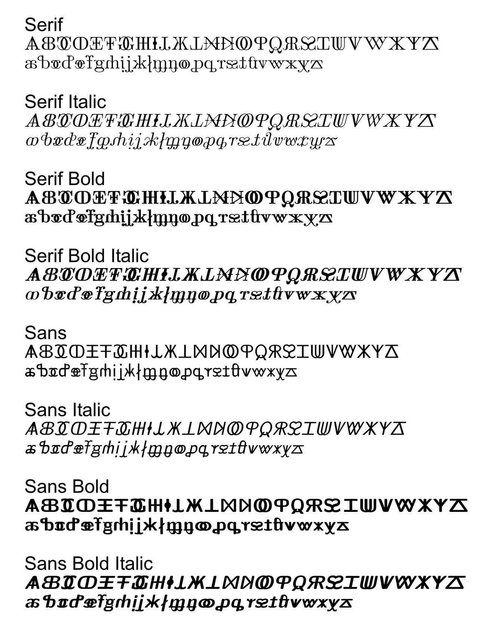 I have made good progress with the AblBeebl project, but it has taken a huge amount of time. The image above shows the complete font set for AblBeebl. I produced the Type1 fonts in FontForge under Linux. I had found the files produced by FontForge not to be usable directly under Windows. I therefore used the shareware program CrossFont to convert the font files to usable files under Windows (.pfb and .pfm). I installed these under Windows and produced a sample document in Word under Windows. I produced the image by pasting the text into a picture in Corel Photo-Paint and saving it as a .png file.

My objective is to get the AblBeebl font set up within Latex either on a Windows or Linux machine and complete the preparation of an article entitled “AblBeebl: a Proposed Font Family Scheme for Some New Mathematical Symbols, Based on Symmetrically Transformed or Doubled Roman Characters”. Ideally I would like to publish this with the American Mathematical Society. However, if this proves not to be possible I hope to publish it either with ArXiv or on the new DIT academic archive when it is has been set-up.