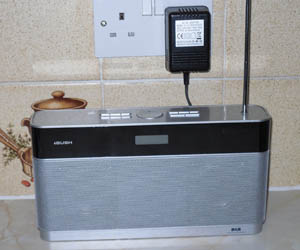 Digital Audio Broadcasting (DAB) became available where I live yesterday. I had given my wife a present of a Bush CDAB5R DAB stereo radio for Christmas in the knowledge that DAB radio transmissions were due to become available. This replaced a Waltham W152 mono transistor radio (FM, MW and LW), which was about thirty years old. The Waltham was a low-cost radio when I bought it and was not of high specification for the time. However, it served without fail and there was never any justification for replacing it as the counter-top radio in the kitchen. 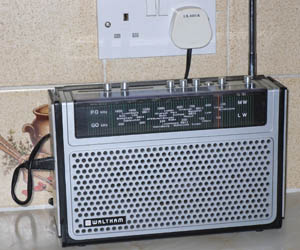 Engineers should be rightly proud of the progress that has been made in radio in thirty years. A single radio station can now be transmitted and received at high quality while using up only a very tiny fraction of the capacity of the airwaves. However, when I experience a product such as the Bush I am not proud to be an engineer. I find the sound quality very tinny and, in fact, there is a buzz at certain pitches in speech and music that irritates me. The radio has a small backlit display for the station name and other broadcast information. This has disappointed me because the text is blurred and difficult-to-read for my 56 year-old eyes, especially moving text on the second row. 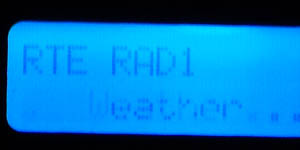 The Waltham radio was self-contained and mains-powered, with its transformer inside the casing. The Bush radio has an awkward and heavy transformer plug. It is rated as 230-240v 90ma input for 9v 600ma output, which means that it is very inefficient. Furthermore, it is wasteful of energy if left plugged-in to a live socket.

On the web today I learned that DAB is not forward-compatible with DAB+, which is more efficient and may supersede it, so the Bush is unlikely to serve for as long as the Waltham. Thankfully!